On Monday, "we" - some parts of Chicago and Northern Illinois and some other Midwest States - had severe storms (I didn't know what "derecho" means, but now I know that it's exactly what was happening :). I didn't post any photos or videos, because what was happening in Palatine looked horrible, but way better than in most other places. I believe there were seven tornadoes reported around Chicagoland.

We didn't have a tornado, although tornado sirens were going off for several hours. My mom didn't have electricity for six hours. Actually, two blocks on her street didn't have power, and the ComEd crew worked there for several hours. There were so many outage reports that ComEd notification system went down. I was able to report through the automated phone system, and later it turned out that this was the only system that was still up. In about 20 minutes, they started to send me text messages about the status of repair work. I took mom to my place, fed her dinner, charged her phone, and gave her some hot tea in a thermos because I was unsure how long she would be without power.

It was major stress for her, but I know that some people were without power for two days or more.
On Tuesday morning, I went biking, and it was mostly combining biking with weight lifting:) because I had to carry my bike over the fallen trees eight times!

All of these fallen trees were removed the same day, and today I biked with no obstacles, but here is how it looked on Tuesday morning. 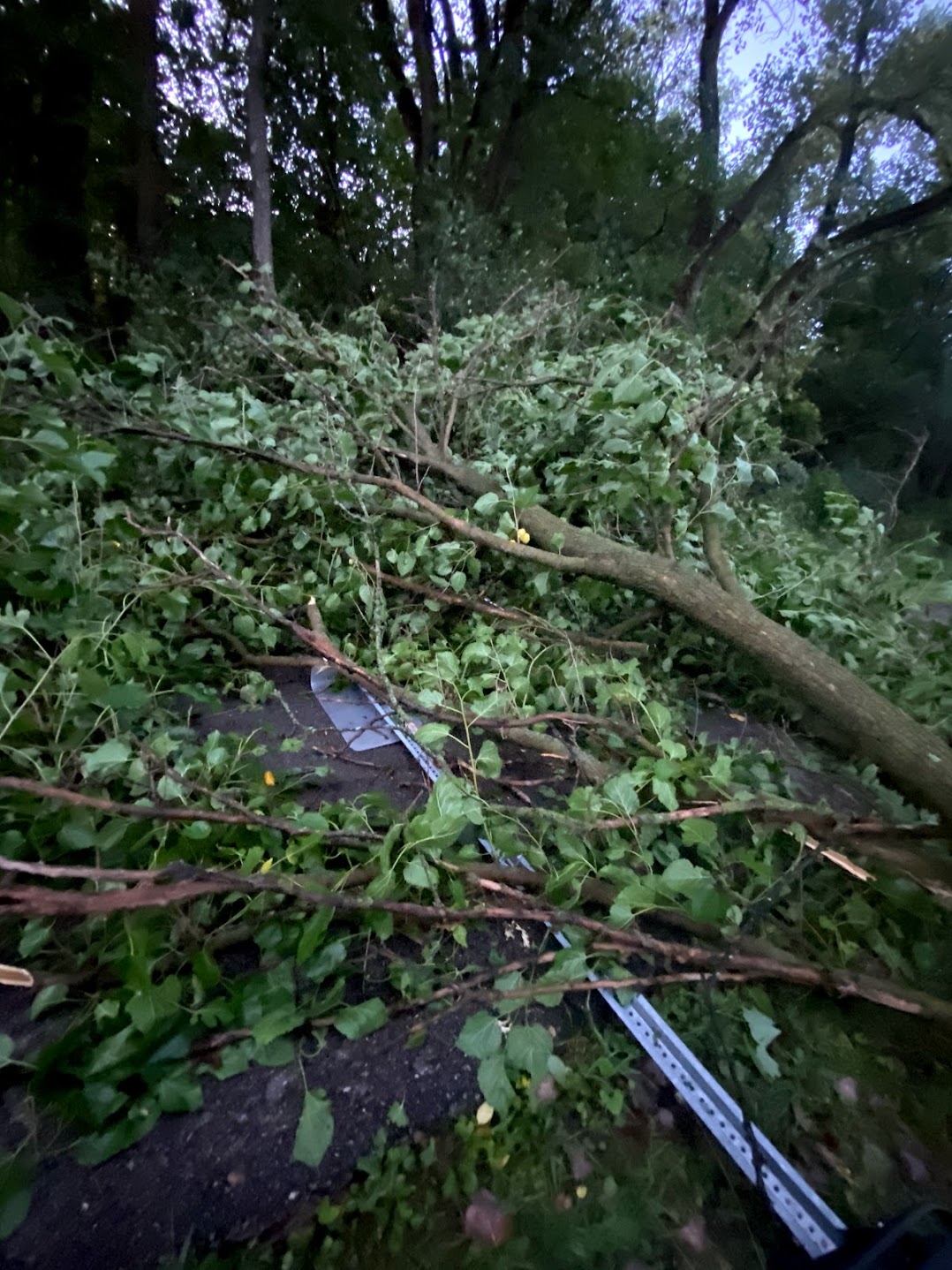 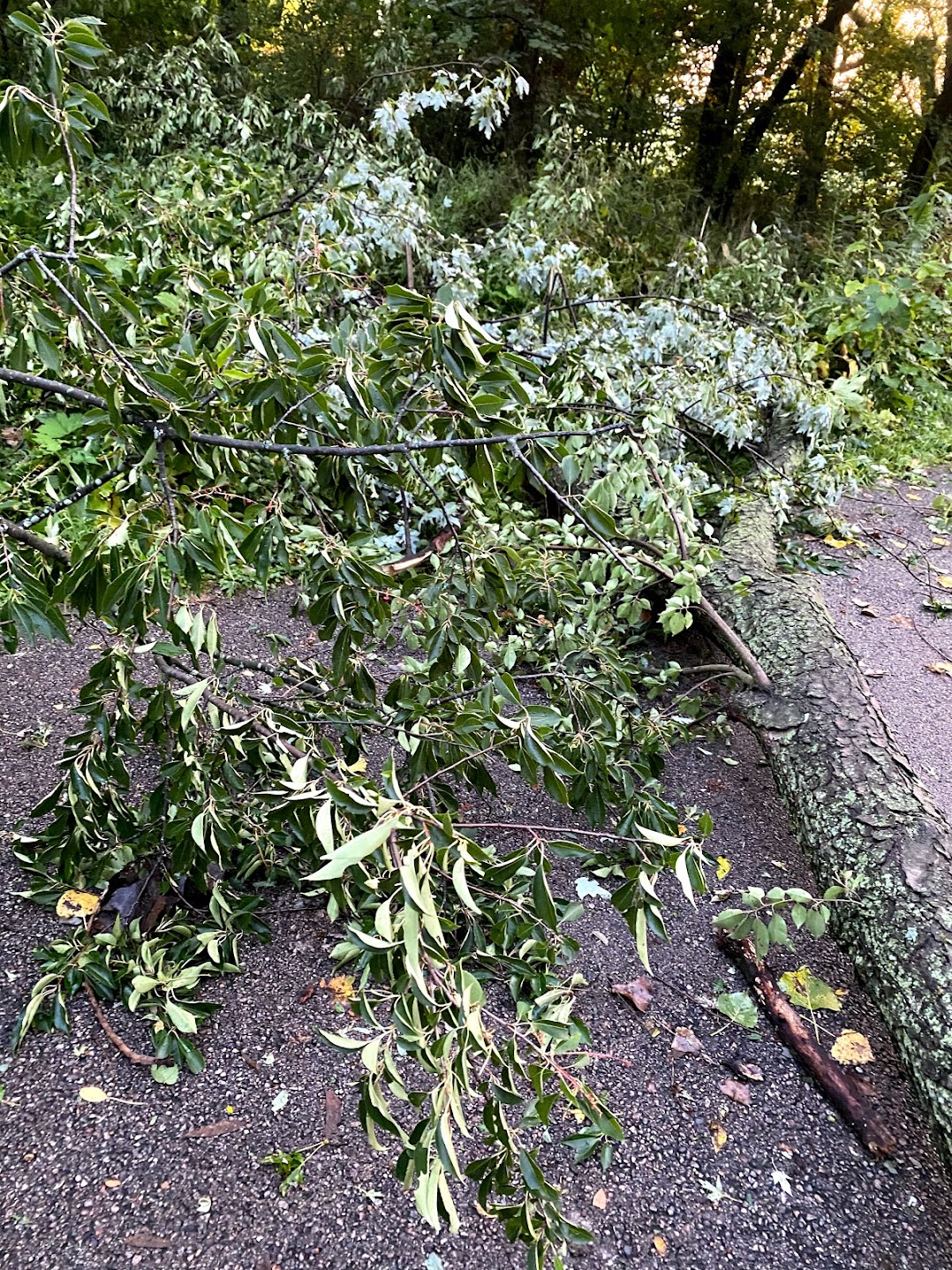